Warning! I’m on a Rant this morning. Angry positions, opinions, foul language, and thinly veiled taunts to ensue. If you are offended by infuriated “Man” talk, then you should stop reading now.

First, I would like to just say “Hey Taliban! Fuck You!”
Oh… and “Hey, women-oppressing religious nuts! Fuck You!”
Hmm… I should be careful… that last statement Could actually include some republicans that I’ve met.

Taliban… what a bunch of retarded, goat-slamming, hate-filled, blood-sucking baboons. Actually, the Taliban reminds me of an evil clan of Jawas. They’re about as useful, too. 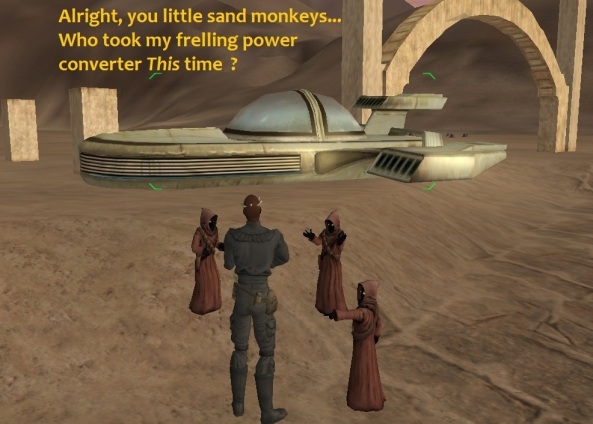 Education, sadly, is something many people take for granted in this country. It is oft forgotten how many human beings around the globe, particularly women, do not readily have access to an educational institution or even someone schooled enough to teach those around them.

I would like to repost an article from the internet (I did not write this, nor publish it, I am simply helping spread the word):

Pakistan’s teenage rights activist Malala Yousufzai, who was shot in the head by the Taliban, was still on ventilator at a top army hospital, though her condition was satisfactory and her vital organs were “intact and working properly”, the military said on Saturday.

The condition of 14-year-old Malala, who is in the Armed Forces Institute of Cardiology in Rawalpindi, continues to be satisfactory, a military spokesman said.

She is still on ventilator in the intensive care unit but her vital organs are “intact and working properly,” he said. A board of doctors is continuously monitoring her condition.

A special medical team, comprising specialists from abroad and civilian hospitals and senior doctors of the Pakistan Army, is also keeping a vigil on Malala’s health round the clock, the spokesman said.

Malala, who along with two of her school friends was attacked by militants on Tuesday in Mingora, the main town in the former Taliban stronghold of Swat, was airlifted from a military hospital in Peshawar to Rawalpindi for better care on Thursday after doctors removed a bullet lodged near her spine.

Geo News channel quoted its sources as saying that the swelling in Malala’s head had subsided and that she had responded to painful stimulus.

However, her ability to move her limbs continued to be limited though this could be a side-effect of medication, the sources were quoted as saying.

Protests were also organised in several towns and cities.

In the northwestern Khyber-Pakhtunkhwa province, lawyers boycotted all courts to protest the attack on Malala. The protest was organised by the provincial bar council.

Lawyers held a meeting to condemn the incident and prayed for Malala.

A similar protest was organised by lawyers’ organisations in Lahore, the capital of the most populous Punjab province.

In Karachi, Sindh Education Minister Pir Mazhar-ul-Haq said a school named after Malala would be upgraded to higher secondary level to honour the teenager’s dream of education for all girls. He made the announcement when he joined students at the school to pray for Malala.

Hundreds of students joined a protest organised by the Balochistan Private School Foundation outside the Quetta Press Club this morning and condemned the attack on Malala and her school mates. The students carried posters of Malala and banners inscribed with slogans denouncing the attack.

Teachers, who addressed the gathering, said the attack was against the teachings of Islam.

In a related development, President Asif Ali Zardari directed authorities to provide free medical care to Shazia Ramzan and Kainat Ahmed, the two other girls injured in the attack on Malala.

Presidential spokesman Farhatullah Babar said Zardari enquired about the health of the two girls, who were travelling with Malala in a school van when it was attacked by militants.

Zardari said the quest for knowledge of these children, despite threats, had “illumined the path for all.”

He added that the girls “represent the true face of Pakistan, are a national asset and have raised collective national consciousness against the barbarism of militants and extremists.”

Reports from Peshawar said Shazia’s condition had improved significantly though she continued to be in a military hospital.

Kainat, who is at home recovering from a bullet wound, told reporters that she would continue her education and fulfil her parents’ dream of becoming a doctor.
http://www.dnaindia.com/world/report_malala-yousufzai-s-condition-satisfactory-vital-organs-intact-military_1752139
————————————————————

The fact that these young ladies were attacked and shot – because they dream of knowledge and freedom for all women in their county – is appalling, at best. I understood that the Taliban are nothing more than zealot cowards… but to go to This extreme? Really?
Are they So insecure about themselves and their hold on women, in their backwards-ass culture, that this is the gutter they stoop to in order to spread their terror and hateful messages?

On a not-entirely unrelated note, Putin and some pretty old school hardline extremists in Russia are doing the same sort of oppressive horseshit with members of the band Pussy Riot (and a Whole lot of other Russian citizens, as well). 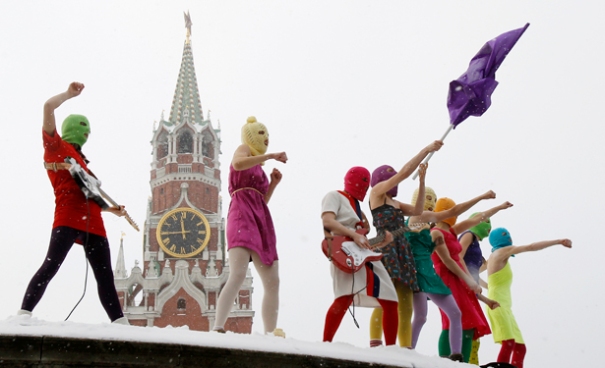 Two band members are being sent to penal colonies (probably some fucking gulag in Siberia – gee, that would be different) for something that should have gotten a fine and maybe some probation time for disrupting the peace. I mean, they broke into political song in a church and used some naughty language. OH MY FUCKING GOD! Noooooooooooooooo! The Kremlin cannot Hope to stand against Such a Vicious onslaught! Whatever will they do!!
Gimme a break. Prison, guys? Really? You insecure little boys. Do these women truly scare your fragile little corrupt empire THAT badly?
If they do… you have Bigger problems than you think… and your little street corner won’t be yours for long. 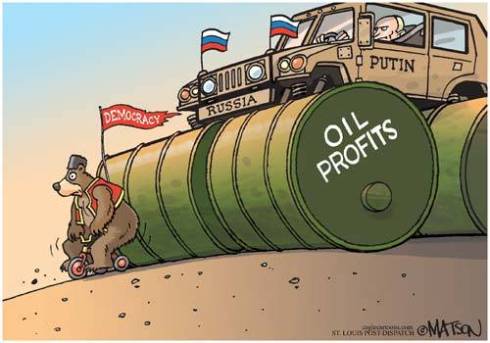 But all in all… I guess my message to these donkey-punchers is simply this…
Grow up.
Women deserve better.

If someone (such as in Pakistan or Afghanistan or any of the other terrified-of-their-women Islamic men’s-club countries) were to try something that stupid in the West… well… let’s just say we enjoy our freedom, as well as defending it and laying waste to those who oppose it. 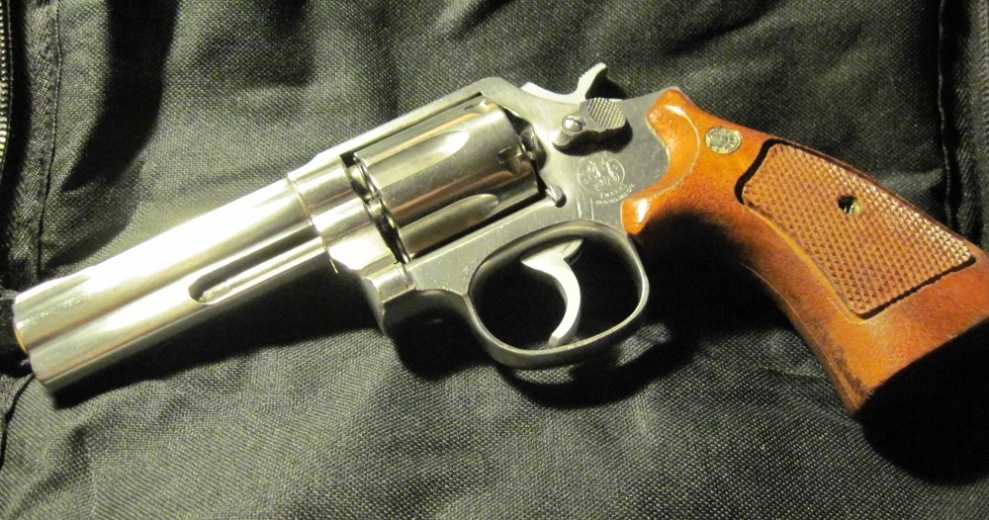 I think it’s about time the rest of the world got this same clue. Living with Tyranny is not living.

Good luck Malala, Shazia, and Kainat.
You are in our thoughts and best hopes. May you find the freedom and peace you are looking for.

And may you all recover quickly, and fully, and live long, happy, healthy lives. 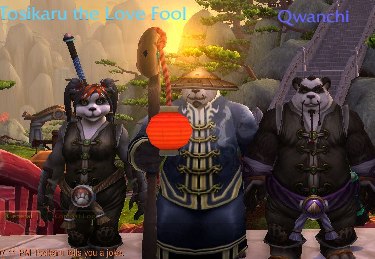 An Avid Watcher of - The Walking Dead, The Big Bang Theory, Hell on Wheels, Boardwalk Empire, Game of Thrones, Archer, Copper, How the Universe Works, Morgan Freeman's Through the Wormhole, King of the Nerds, and South Park.

I love this stuff!
Ambient Soundscapes
Listen to them! Support them!
Super Fata

John Stanford is another ambient music artist I found on the internet recently. This is some really excellent work. I especially love his album "Deep Space" which is available for free download at his website. All you have to do is enter your email address. Nothing invasive. No spammies. He has also released a new album, titled "Timescapes" Very groovy. Très Über-cool Be sure to let him know you like his music!

Watch the Latest Video about MechWarrior - "The Hunchback Revealed"